In this article, we are going to discuss the state of RxJS, because the next major version – RxJS 7 – is around the corner. Let's take a closer look at new features, deprecations, and removals in both v7 and v7.1 and what to look forward to v8.

Improved Stability
Link to this section

I know, this sounds like a moot point but the RxJS team has made some changes on how they release new versions to improve stability.

The RxJS team is partnering with Google, thus ensuring smooth and stable releases. Google will run pre-release versions of RxJS against their mono-repo build targets where RxJS is used widely.

If anything breaks, they work together with RxJS core team to resolve the issues. The goal here is to ensure that releases are as stable as possible especially patch and minor releases which should be safe to update to.

Type Inference
Link to this section

Type inference around n-argument is being improved, by allowing TypeScript to do all the type inference. Before, there was a limit of around 8 argument before RxJS could not infer the type anymore, but thanks to TypeScript, this limit no longer exists. This allows RxJS to return an observable whose types closely match the arguments passed.

Unions types are also being improved, ensuring type inference around return types are accurate without needing to explicitly type things.

Another fix that will be coming along in v7 is for bad types. A good example is the toPromise operator, in v7, it will also return union type alongside the actual type, since if an observable completes without emitting anything, it returns undefined instead of throwing an error. From v7, you will need to check if the returned promise value is undefined before using it.

toPromise Operator is being deprecated
Link to this section

There are two reasons the operator is being deprecated, the first being, it is unclear to users when the promise resolve and returns undefined instead of throwing an error. The two replacement operators will throw an empty error if the observable completes without a value. The toPromise() operator would have returned undefined instead of throwing an error. The second reason is that they are more explicit on when the promise resolves i.e. whether it is the first value or the last value that will be resolved.

Before:
Link to this section

After:
Link to this section

animationFrame() is a new static method that fires an observable that gives the amount of time elapsed in milliseconds since the start of the observable. This provides a method to measure the progress of an observable without the need of a deeper understanding of how RxJS works under the hood. With animationFrame(), you can control the animation of an object using RxJS.

AsyncIterable objects are now fully supported in an array of RxJS operators and will be accepted anywhere where an observable or a promise is accepted.

We can consume the above AsyncIterable object as follows:

Example:
Link to this section

NB: You can use the rxjs-for-await library by Ben Lesh to make your observables compatible with AsyncIterables.

Renamed Operators
Link to this section

NB: The Deprecated operators with be removed in the next major version of RxJS.

new resetOnSuccess option for retry
Link to this section

A new option called resetOnSuccess has been added to the retry options, which lets you reset the counter back to zero whenever it’s successful. In version 6, the counter is never reset and if the retries becomes successful for a while and then start failing, it would pick up where it left. This would lead the retries being exhausted faster in subsequent retries.

To Achieve this, a new TimeStampProvider has been added that has a now method in it. This allows the third argument of the replaySubject to be defaulted to the date objected, which is native and does not need to be shipped. You can override this by passing any object that has a now method. RxJS will continue over the course of v7 to try and reduce the bundle size that is shipped with your application in non-breaking ways.

Scheduler Arguments are being Deprecated
Link to this section

Passing Scheduler arguments is being deprecated, instead you should switch to scheduled() or observeOn() APIs. The Scheduler arguments are not going to disappear completely but will be retained in operators that still need them such as timer and interval.

Removing Subscription and Tap Callback Options
Link to this section

Passing multiple callback methods when subscribing or tapping to an observable will be deprecated. From v7 onwards, you can use a single callback or an object with data, error, and complete fields for respective callbacks. By removing the multiple callback option, most of the logic that goes to determine which callback method you used can be removed. This will lead to a leaner and faster RxJS library.

Deprecated:
Link to this section

The following are acceptable:

Passing a single callback:
Link to this section

Passing an object with multiple callbacks:
Link to this section

subscription.add() returns a void
Link to this section

In v7, you will have to add the subscriptions one at a time.

Beyond v7.0
Link to this section

Version 7.1
Link to this section

In line with semantic versioning, v7.1 is a minor change with non-breaking features and improvements. We are likely to see the following in v7:

ESLint Rules and Transformations - This is expected in v7.1 and the goal is to help developer to gradually remove and replace deprecated operators that will be removed. There will also be minor improvements and a lot of preparation for version 8.

Version 8
Link to this section

In v8, we will see the deprecations where the team was able to add ESLint code transformations removed. This is to ensure that developers have an uncomplicated way of replacing deprecated APIs and are following the best practices. On top of that, there are some experiments being done by the RxJS team in progress and the impact is a smaller bundle size, in some cases, as small as 40% of the current size. RxJS is also going try and keep up with the latest versions of Typescript and JavaScript, whenever it is possible.

Additional Resources
Link to this section 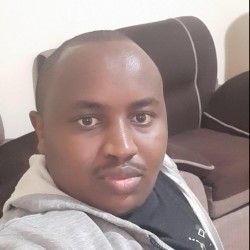