Module federation allows a JavaScript application to dynamically run code from another bundle/build, on both client and server.
Link to this section

This is the JavaScript bundler equivalent of what Apollo did with GraphQL.

A scalable solution to sharing code between independent applications has never been convenient, and near impossible at scale. The closest we had was externals or DLLPlugin, forcing centralized dependency on a external file. It was a hassle to share code, the separate applications were not truly standalone and usually, a limited number of dependencies are shared. Moreover, sharing actual feature code or components between separately bundled applications is unfeasible, unproductive, and unprofitable.

For those who want a more digestible version of this article, Jack Herrington made one!

We need a scalable solution to sharing node modules and feature/application code. It needs to happen at runtime in order to be adaptive and dynamic. Externals doesn’t do an efficient or flexible job. Import maps do not solve scale problems. I’m not trying to download code and share dependencies alone, I need an orchestration layer that dynamically shares modules at runtime, with fallbacks.

What is Module Federation?

Module Federation is a type of JavaScript architecture I invented and prototyped. Then with the help of my co-creator and the founder of Webpack — it was turned into one of the most exciting features in the Webpack 5 core (there’s some cool stuff in there, and the new API is really powerful and clean).

Module Federation allows a JavaScript application to dynamically load code from another application and  in the process, share dependencies. If an application consuming a federated module does not have a dependency needed by the federated code,  Webpack will download the missing dependency from that federated build origin.

Code is shared if it can be, but fallbacks exist in each case. Federated code can always load its dependencies but will attempt to use the consumers’ dependencies before downloading more payload. This means less code duplication and dependency sharing just like a monolithic Webpack build. While I may have invented this initial system, it was co-authored into Webpack 5 by myself (Zack Jackson) and Marais Rossouw with lots of guidance, pair-programming, and assistance from Tobias Koppers. These engineers played a key role in rewriting and stabilizing Module Federation within the Webpack 5 core. Thank you for the continued collaboration and support.

It’s important to note that this system is designed so that each completely standalone build/app can be in its own repository, deployed independently, and run as its own independent SPA.

These applications are all bi-directional hosts. Any application that’s loaded first, becomes a host.  As you change routes and move through an application, it loads federated modules in the same way you would implement dynamic imports. However if you were to refresh the page, whatever application first starts on that load, becomes a host.

Let’s say each page of a website is deployed and compiled independently. I want this micro-frontend style architecture but do not want page reloads when changing route. I also want to dynamically share code & vendors between them so it’s just as efficient as if it was one large Webpack build, with code splitting.

Landing on the home page app would make the “home” page the “host”. If you browse to an “about” page, the host (home page spa) is actually dynamically importing a module from another independent application (the about page spa). It doesn’t load the main entry point and another entire application: only a few kilobytes of code. If I am on the “about” page and refresh the browser. The “about” page becomes the “host” and browsing back to the home page again would be a case of the about page “host” Fetching a fragment of runtime from a “remote” — the home page. All applications are both remote and host, consumable and consumers of any other federated module in the system.

Read more on the technical aspects on GitHub: https://github.com/webpack/webpack/issues/10352

Building a federated application
Link to this section

Let us start out with three standalone applications.

In the head of my applications, I load app_one_remote.js. This connects you to other Webpack runtimes and provisions the orchestration layer at runtime. It's a specially designed Webpack runtime and entry point. It's not a normal application entry point and is only a few KB.

It's important to note these are special entry points — they are only a few KB in size. Containing a special Webpack runtime that can interface with the host, it is NOT a standard entry point

Consuming code from a remote

App One has a page that consumes a dialog component from App Two.

And the router looks pretty standard:

App Two will expose Dialog, enabling App One to consume it. App Two will also consume App One’s <App> — so we specify app_one as a remote - showcasing bi-directional hosts:

Here's what the default page, that uses Dialog, looks like:

As expected, App Three looks similar. However, it does not consume the <App> from App One working more as a standalone, self-running component (no navigation or sidebar). As such, it does not specify any remotes:

The end result in the browser
Link to this section

Pay close attention to the network tab. The code is being federated across three different servers: three different bundles. In general, id recommends against federating the whole application container unless you are taking advantage of SSR or progressive loading. The concept, however, is extraordinarily powerful.

There is little to no dependency duplication. Through the shared option — remotes will depend on host dependencies, if the host does not have a dependency, the remote will download its own. No code duplication, but built-in redundancy.

Manually adding vendors or other modules to shared is not ideal at scale. This can be easily automated with a custom-written function, or with a supplemental Webpack plugin. We do plan to release AutomaticModuleFederationPlugin and maintain it from outside the Webpack Core. Now that we have built first-class code federation support into Webpack, extending its capabilities is trivial.

Now for the big question - Does any of this work with SSR??

Server-Side Rendering
Link to this section

We have designed this to be Universal. Module Federation works in any environment. Server-side rendering federated code is completely possible. Just have server builds use a commonjs library target. There are various ways to achieve federated SSR: S3 Streaming, ESI, automate an npm publish to consume server variants. I plan to use a commonly shared file volume or async S3 streaming to stream files across the filesystem. Enabling the server to require federated code just like it happens in the browser and using fs instead of http to load federated code.

“Module Federation does also work with target: "node". Instead of URLs pointing to the other micro-frontends, here file paths are used which point to the other micro-frontends. That way you can do SSR with the same codebase and a different webpack config for building for node.js. The same properties stay true for Module Federation in node.js: e. g. Separate builds, Separate deploys” — Tobias Koppers

Federated Next.js on Webpack 5
Link to this section

Federation requires Webpack 5 — which Next doesn’t officially support. However, I did manage to fork and upgrade Next.js to work with Webpack 5! It’s still a work in progress. Some development mode middleware needs finishing touches. Production mode is working, some additional loaders still need to be re-tested.

I’d love the opportunity to share more about this technology. If you want to use Module Federation or Federated architecture, we would love to hear about your experience and changes with the current architecture. We also would love opportunities to speak about it on Podcasts, meetups, or corporations. Reach out to me on Twitter: https://twitter.com/ScriptedAlchemy

You can also get hold of my co-creator. Follow us for the latest updates on Module Federation, FOSA (Federation of Standalone Applications) Architecture, and other tools we are creating —that are  designed to work with Federated Applications

Examples of Module Federation
Link to this section

The community response has been enthusiastic! My co-creators' time, along with my own has been heavily focused on writing this into Webpack 5. We hope some code samples will help while we finalize some of the remaining features and write some documentation: https://twitter.com/codervandal

As we have the bandwidth, we will create SSR examples and more comprehensive demos. If anyone wants to build something that can be used as a demo,  we will gladly accept pull requests back to webpack-external-import 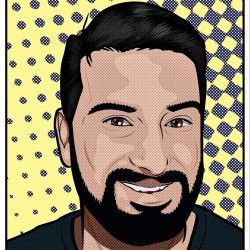