Last year I was tasked to incorporate several Angular components into an existing ASP.Net application. There was already a messy solution implemented (a gargantuan script which loaded a classic Angular app with all the components, regardless of their relevance to the current page), which, obviously, was a ‘little’ not efficient in terms of speed. And, of course, this approach was also a hell in terms of software development process, which required me to run a Gulp script, rebuild the ASP.Net app and hard reload the page every time I changed a tiny bit of CSS. The team was not happy with neither the app performance, nor the development process, so my objective was to

So, naturally, I turned to the Web Components.

But what are Web Components?
Link to this section

Web Components are the concept of components from frameworks like React or Angular, but built for the web overall, framework-agnostic. What does that mean?

We are used to our simple HTML tags in our UI. For example, we know tags like div, span, and others. They have predefined behavior, and may be used in different places of our view.

Web Components essentially allow us to create new HTML tags/elements using JavaScript. Let’s see a small example of how this is done, purely with JavaScript.

Here we create a class (just like we write a class for the components in Angular), which extends from HTMLElement (HTMLSpanElement in our case, to be more precise), and whenever this element is created, it will have a innerText with value Hello, I am a Web Component. So, whenever we use our element in the DOM, it will already have the populated text inside itself.

Cool, can I use it with Angular?
Link to this section

Of course, it would be great to be able to turn our Angular Components into Web Components and use them wherever we want, no matter the environment. And turns out, with the use of @angular/elements, we can do precisely that.

How this works:
Link to this section

First things first, we are going to start a new Angular app. We are going to create it with a special flag, so that it only creates config files and no boilerplate code (AppModule/AppComponent and etc…).

We will wind up with an empty Angular app. Now, let’s create our first Web Component; inside our new project directory:

Add this flag to skip reinstalling any dependencies.

So, this command creates a projects folder inside our root directory, and in it there will be a folder named FirstWebComponent. If we look inside it, we will see a typical Angular app: a main.ts file, an app.module, an app.component and other stuff. Now, we need to get the @angular/elements library, so we run

This will bring the library inside our node_modules folder, so we can use it to turn our components into Web Components.

In the next step, lets create an Angular component which will become our Web Component; inside our newly made project:

Now what we have to do is make Angular understand that we don’t want it to treat this component as a common Angular component, but rather as something different. This is done in the module bootstrapping level — what we have to do is implement the ngDoBootstrap method on our AppModule and tell our module to define a custom element. For that we are going to use the createCustomElement function from the@angular/elements package.

There are several important things to notice:

Our next step is building the app!

When we look inside the dist folder, we will see the following:

These are the files we need to include in another app to be able to use our Web Component. In order to achieve this, we can copy this files to another project, and include it in different ways:

3. In order to use it in another Angular app, we don’t really need to build the component; as it is a simple Angular component, we can just import and use it. But if we only have access to compiled files, we can include them with the scripts field in our angular.json file in the target project, and add schemas: [CUSTOM_ELEMENTS_SCHEMA], to our app.module.ts file.

So, this first part was easy. A couple of things to note:

2. If we have outputs inside our Angular component, we can listen to the emitted synthetic events via addEventListener. There is no other way, including React — the usual on<EventName={callback}> won’t work, as this is a synthetic event.

But what about Browser compatibility?
Link to this section

So far, so good — we have built our app and successfully tested it in a major modern browser, say Chrome. But what about the bane of all web developers — IE? If we open our app in which we use a Web Component, we will see that our button-with-counter has successfully been rendered. So, we are good? Not quite.

If we had the feature that makes the component count the clicks on the button, then after we click in in Internet Explorer, we will see that the counter is not being updated. To save you some further investigations — the problem is that change detection in Angular Web Components does not work on IE. So, should we forget about Web Components on IE? No, thankfully, there is a simple workaround. We have to either implement a new Change Detection Zone Strategy, or import one. There is a small package with exactly what we want:

And slightly change our app.module.ts file:

Here we just invoked the ElementZoneStrategyFactory constructor, got a new strategyFactory and passed it on to the createCustomElement function along with the injector.

Now you can open the same component in IE and — surprise — it works! Change Detection now works on IE as expected.

Don’t forget about the polyfills
Link to this section

You will be visiting the polyfills.ts file regularly. My advice is customize is and don’t load all the polyfills at once, only the ones needed.

How do I debug?
Link to this section

Debugging (and error messages in general) is a bit of a problem in Angular Web Components. You don’t have hot reload, and you run your built components in another environment rather than an Angular app, so you might wonder how you could get those. In fact, you can change the index.html file a bit and put the selector of your Web Component instead of app-root:

Then run your app as usual:

This will spawn an Angular app that only contains your web component. An upside to this is that you will have hot reload (this is a big deal). But there also is a downside: error messages often get chewed up: for example, if you forget to provide one of your services, in a common Angular app you will get an angry StaticInjectorError, detailing which service was not provided. In our case, we will just be presented with a blank screen and no errors — a mystery to investigate and get frustrated about.

This basic setup gives us everything we need to build and deploy apps that use Angular Components and Web Components. But this setup is far from ideal — we would want to have some scripts to

In my next article, we will start diving into this scripts to make our development process way more fun. 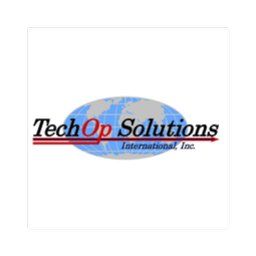 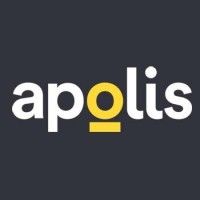 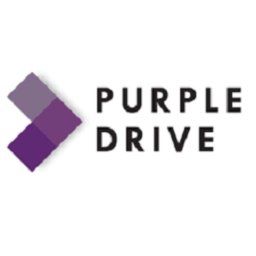 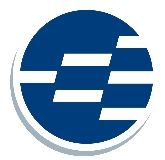 Max Koretskyi
Deep dive into the infamous ExpressionChangedAfterItHasBeenCheckedError in Angular

Max Koretskyi
Deep dive into the infamous ExpressionChangedAfterItHasBeenCheckedError in Angular

Deep dive into the infamous ExpressionChangedAfterItHasBeenCheckedError in Angular